It was an honor to host the live broadcast at the Burton US Open of Snowboarding PROTECTING OUR WINTERS thanks to Clifbar. While the idea of a flakeless existence seems far-fetched, the effects of climate change are very real to the winter sports community. If emissions are left unchecked, 90 percent of US ski resorts won’t be open for Christmas in our children’s lifetime, effectively putting them out of business and skiers out of a passion.

After hosting the US Open of Snowboarding in Vail I set off to Aspen, Colorado to reconnect with my roots. I was actually born on the floor of a log cabin high in the Rocky Mountains in a snowstorm and learned to ski pretty much before I could walk. 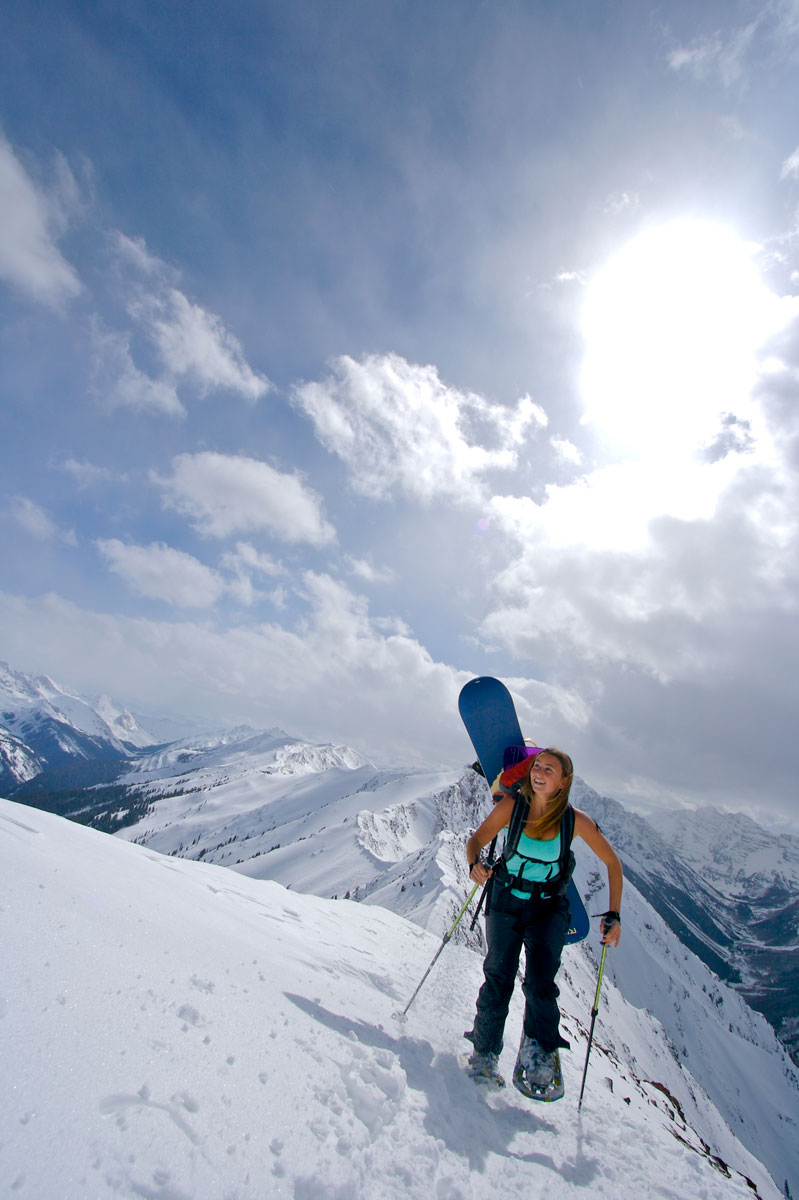 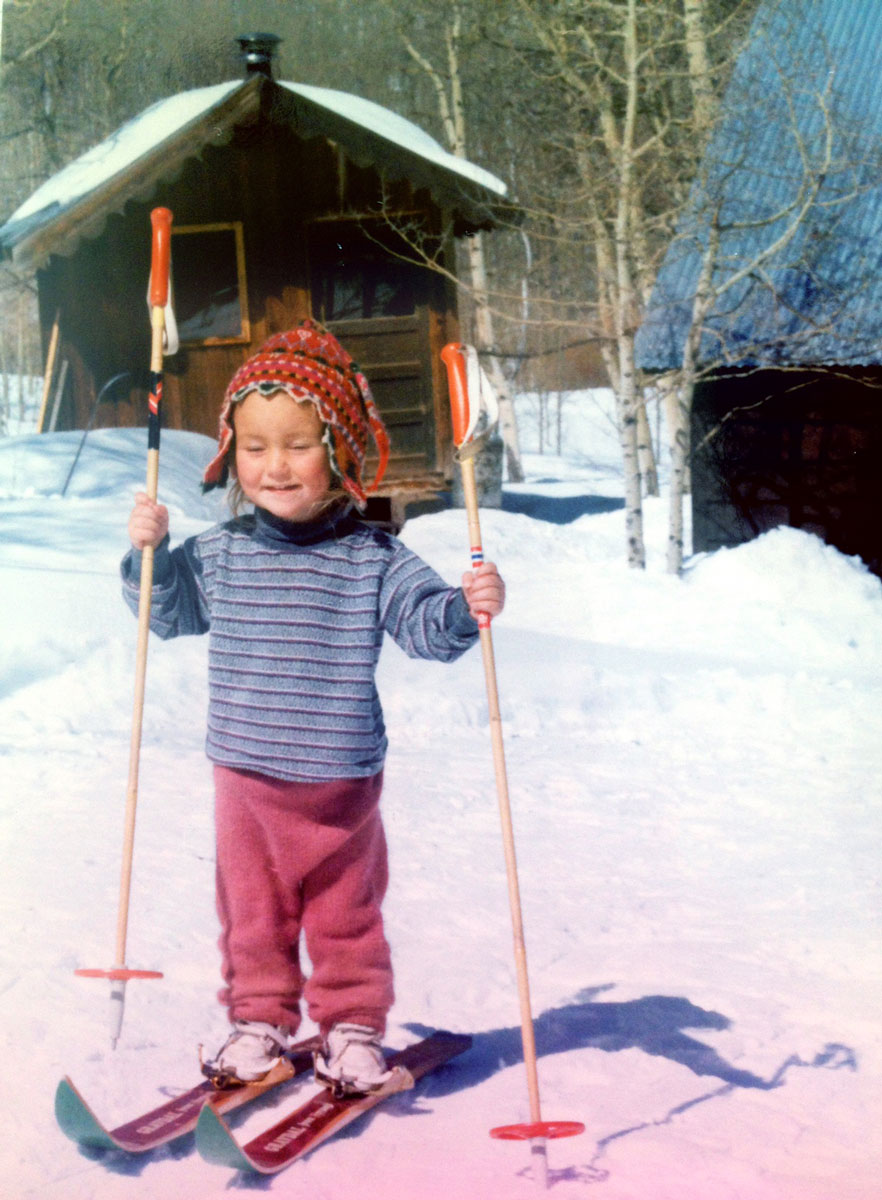 My parents are legendary skiers and my papa even started the first x-country ski school in Aspen before I was born.

My parents raised a skier and got a surfer

‍♀️ BUT no matter where I travel in the world, a piece of my heart stays in Colorado and this is why I’m excited to be working with Aspen Chamber of Commerce and the Aspen Ski Company to protect winter wonderlands for our future generations to frolic in with their #giveaflake campaign! 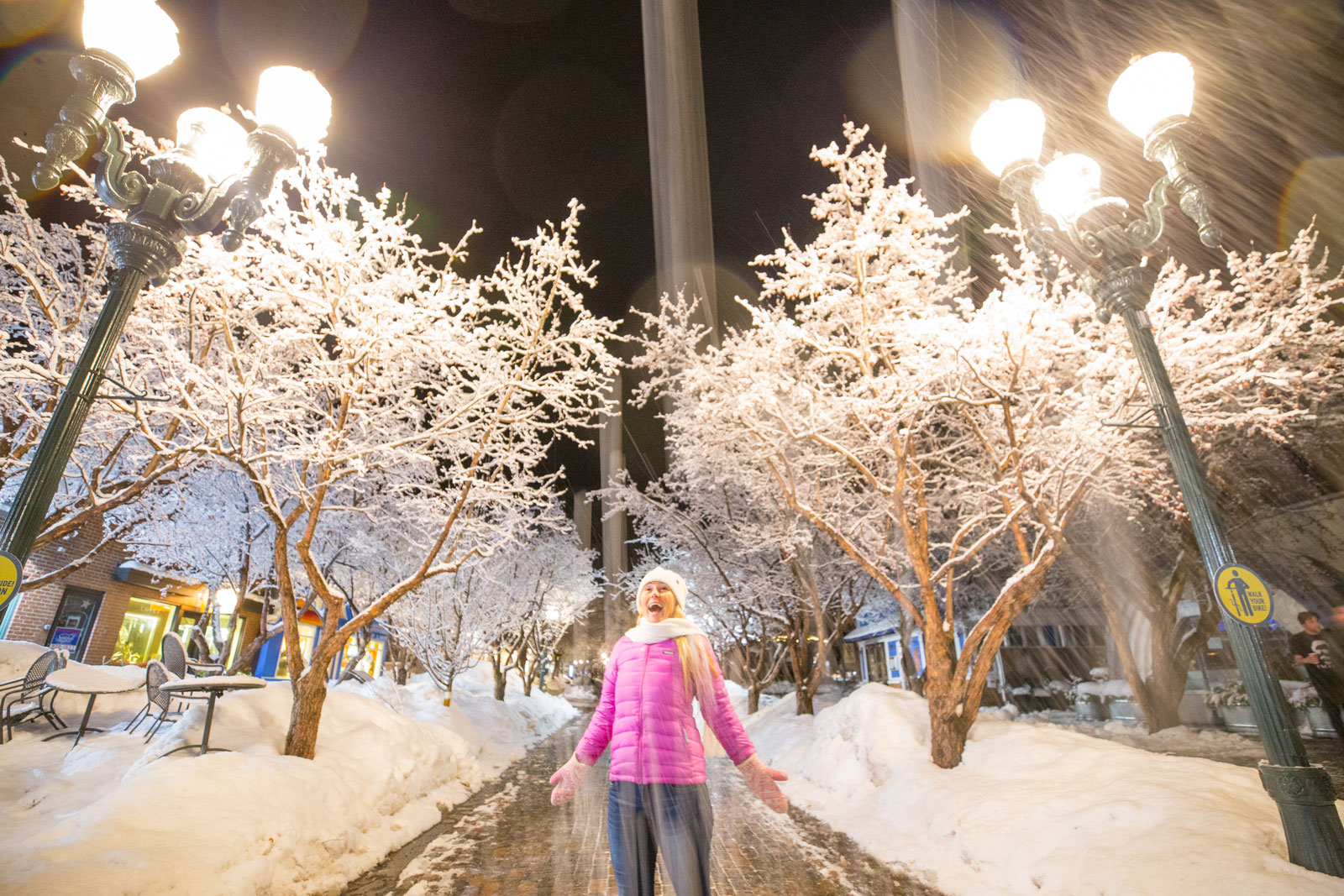 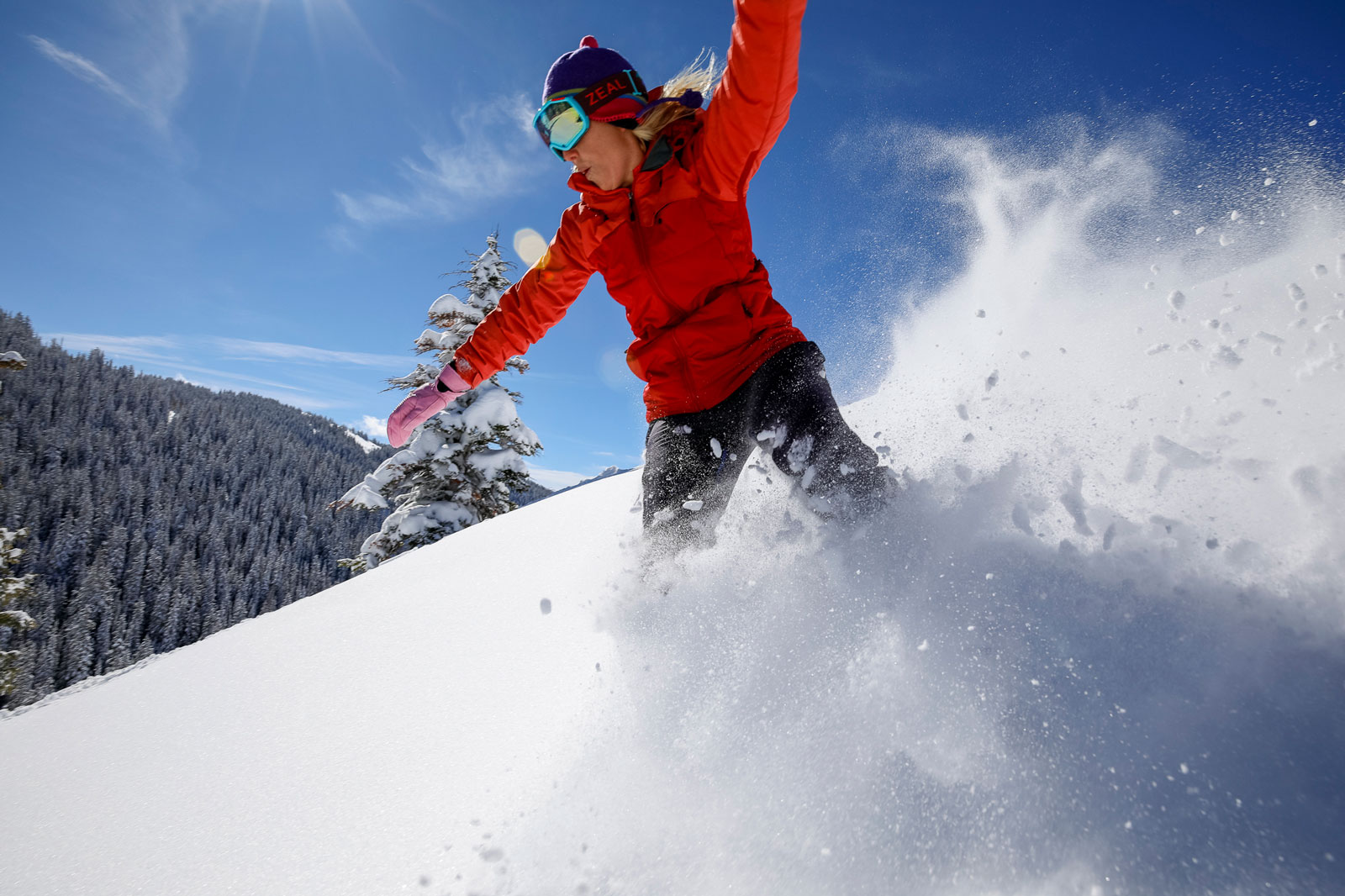 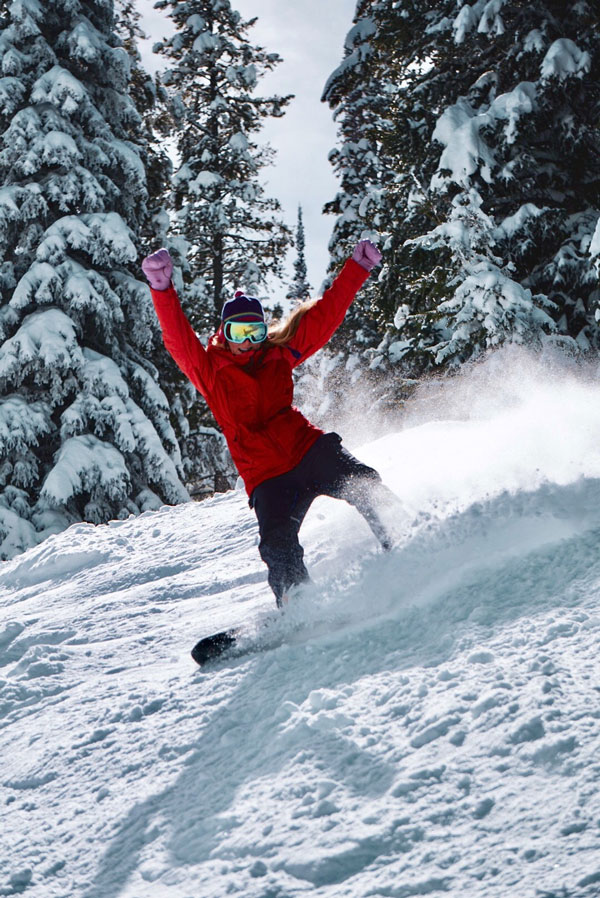 Any small action you can do to reduce fossil fuel emissions ensure snow to play in and water to drink! Ride a bike to work, compost, turn off lights when you leave a room, use less heat and air-conditioning, Reduce Reuse Recycle, plant trees, use solar power. 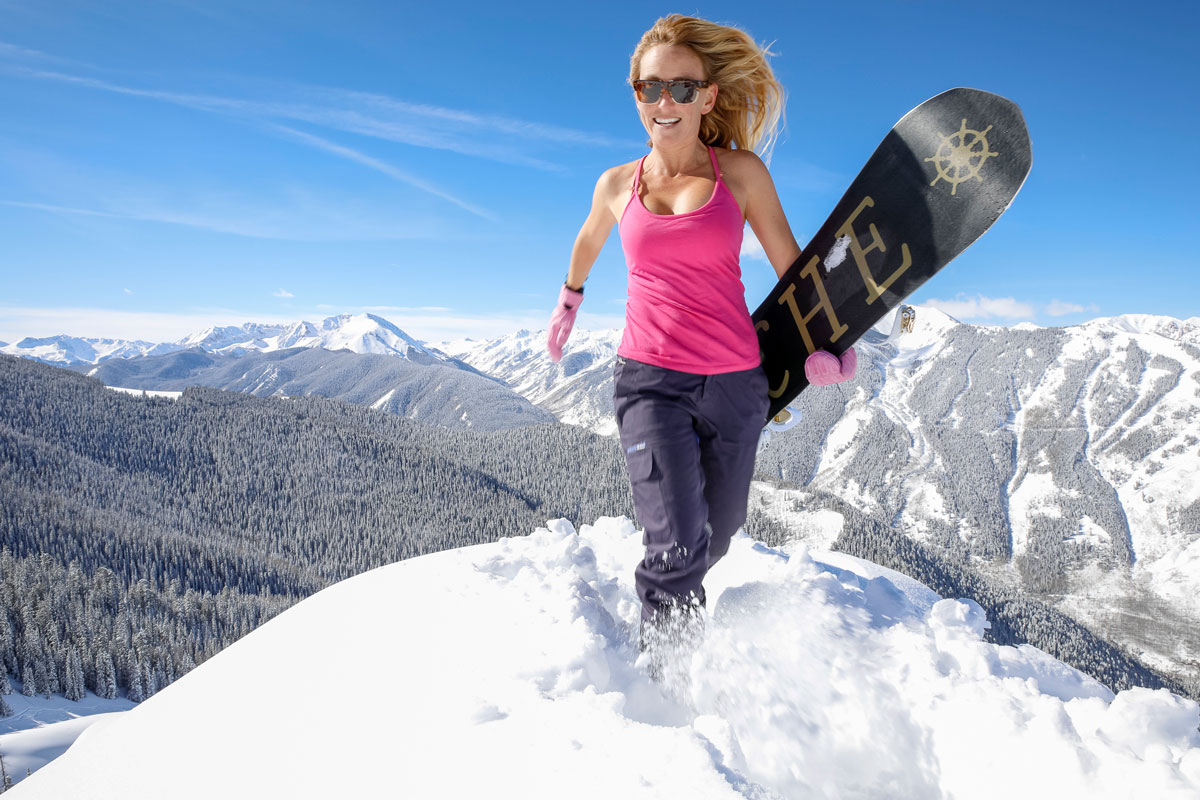 During my stay in Aspen I got to experience two different hotels. The Limelight Hotel is conveniently located right at the base of Aspen Mountain (there is also a location in Snowmass) and is taking great measures to lead the way in sustainable accommodations in Aspen…and has great Apre’s Ski… 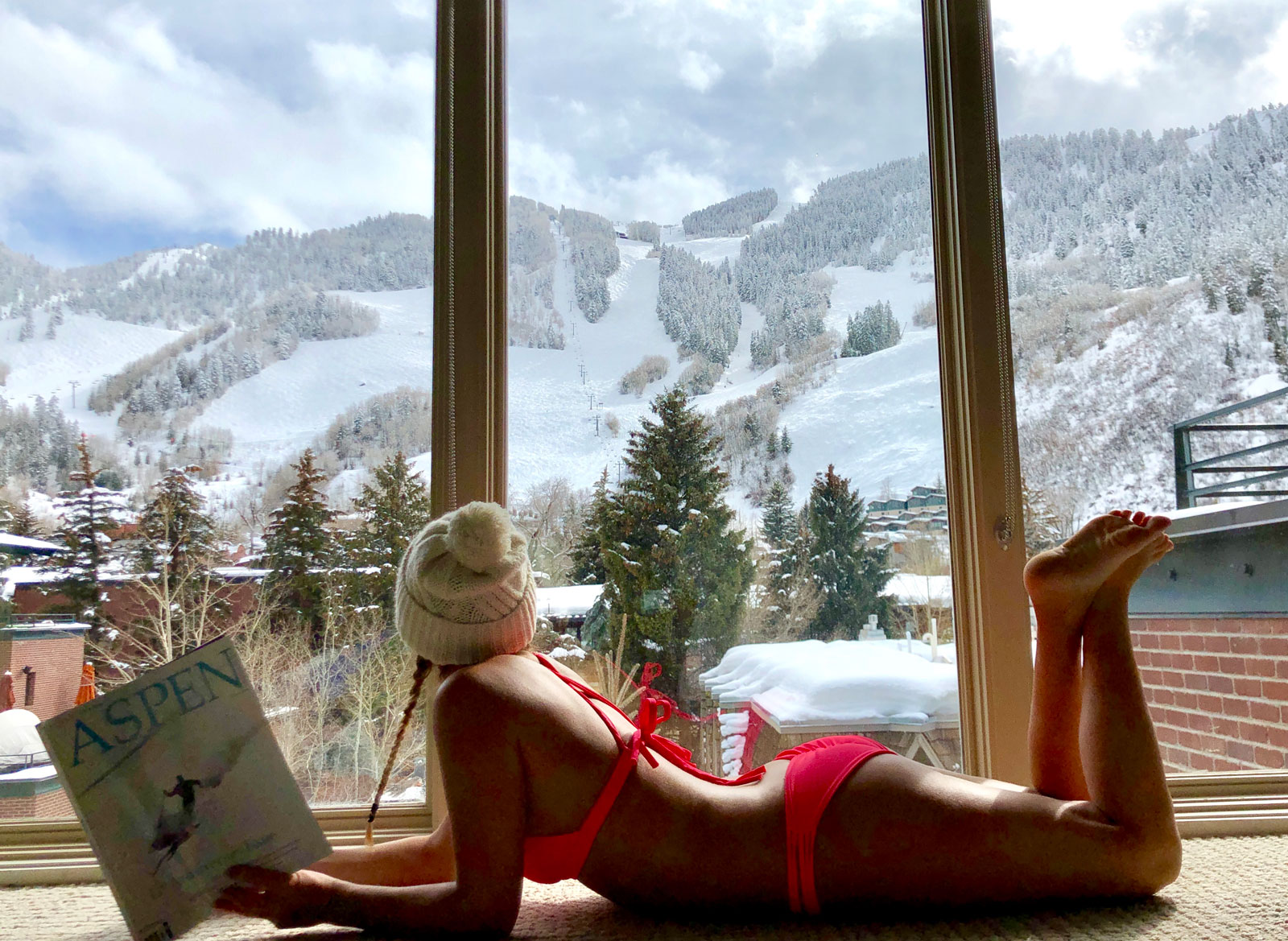 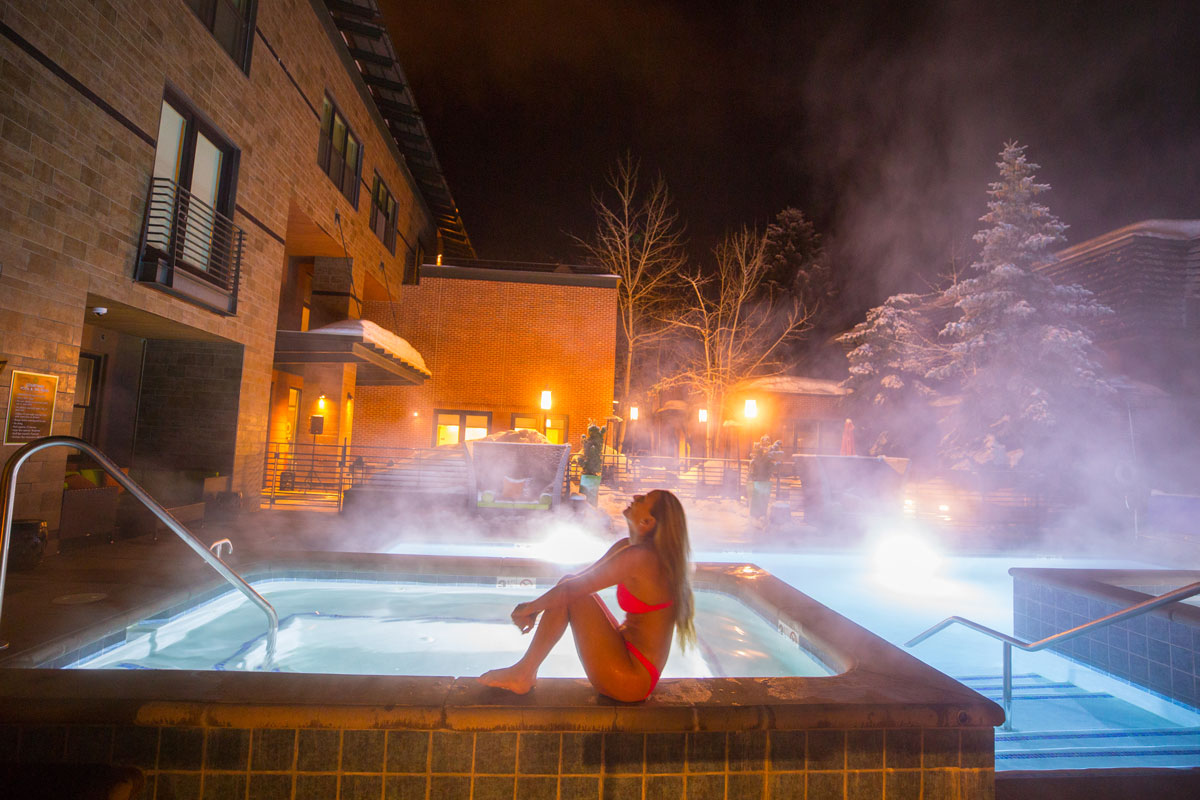 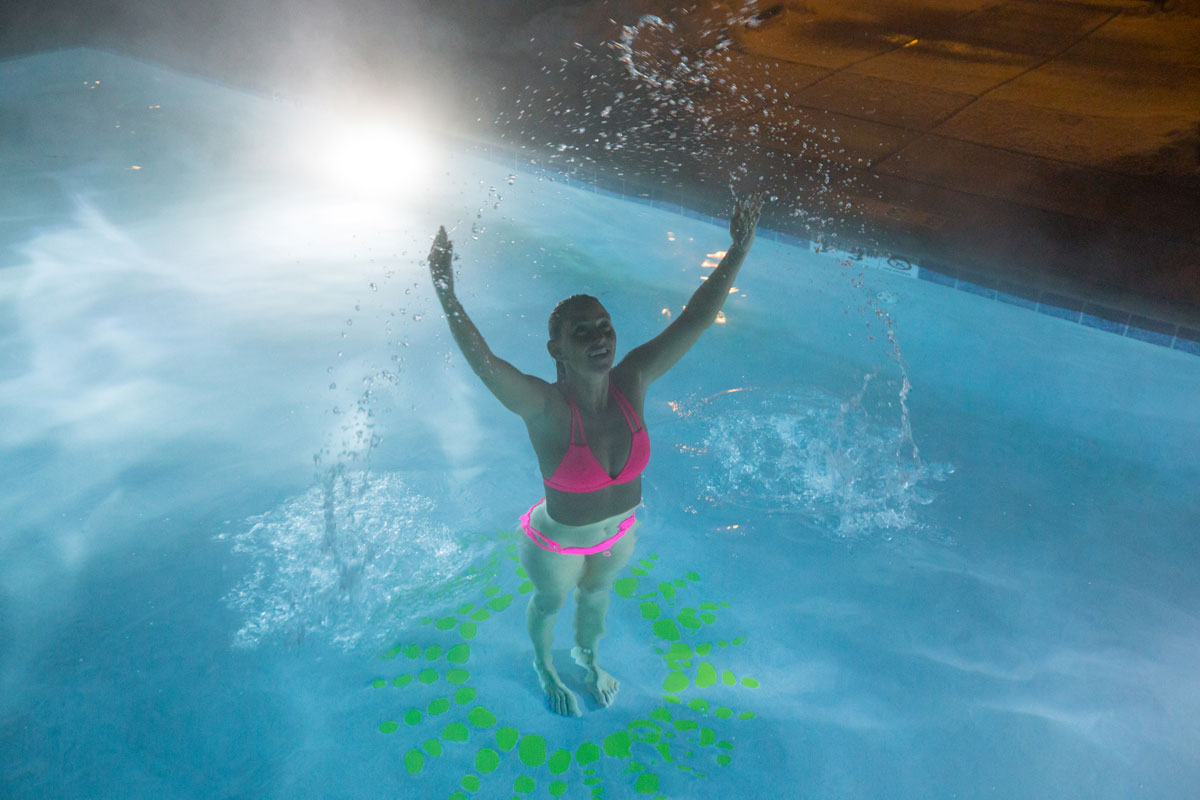 I also got to stay at the classic/historic “locals favorite” the Molly Gibson Lodge. 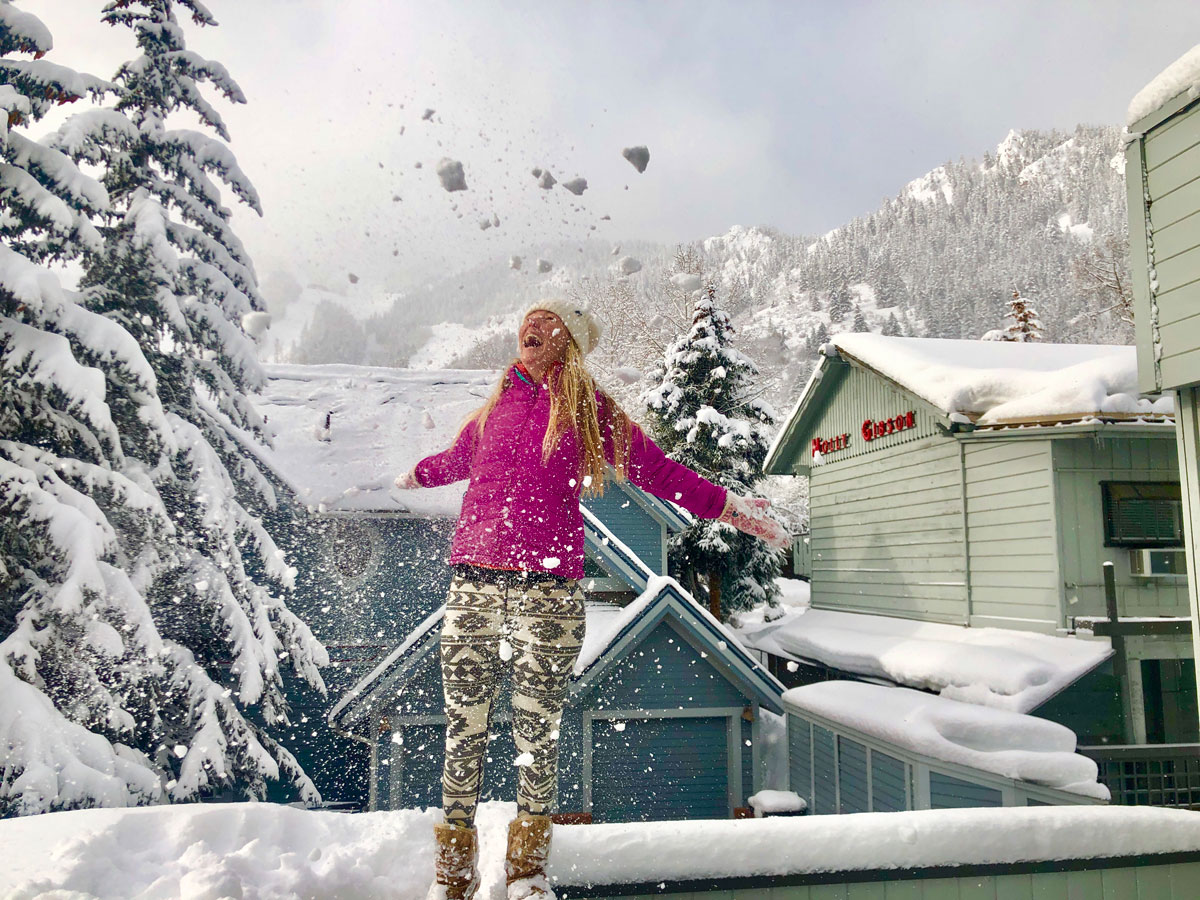 Molly Gibson also has multiple hot tub choices AND it’s one of the last hotels in Aspen that allows you to have a real fire place!

Aspen food is like art! I enjoyed meals at Cache Cache and Ellina and Bosq – all source from local farms!…for a fun lunch spot I like the Big Wrap 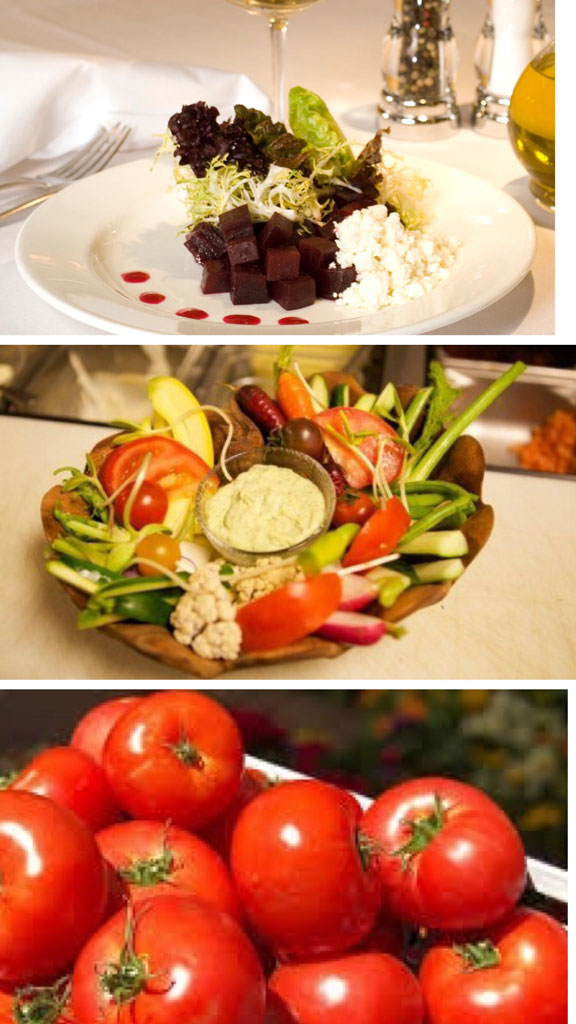 Other than the perfect powder days, visiting ACES Aspen Center for Environmental Studies was a true highlight. They help protect and raise rescue animals like this Golden Eagle they’ve raised for 37 years. 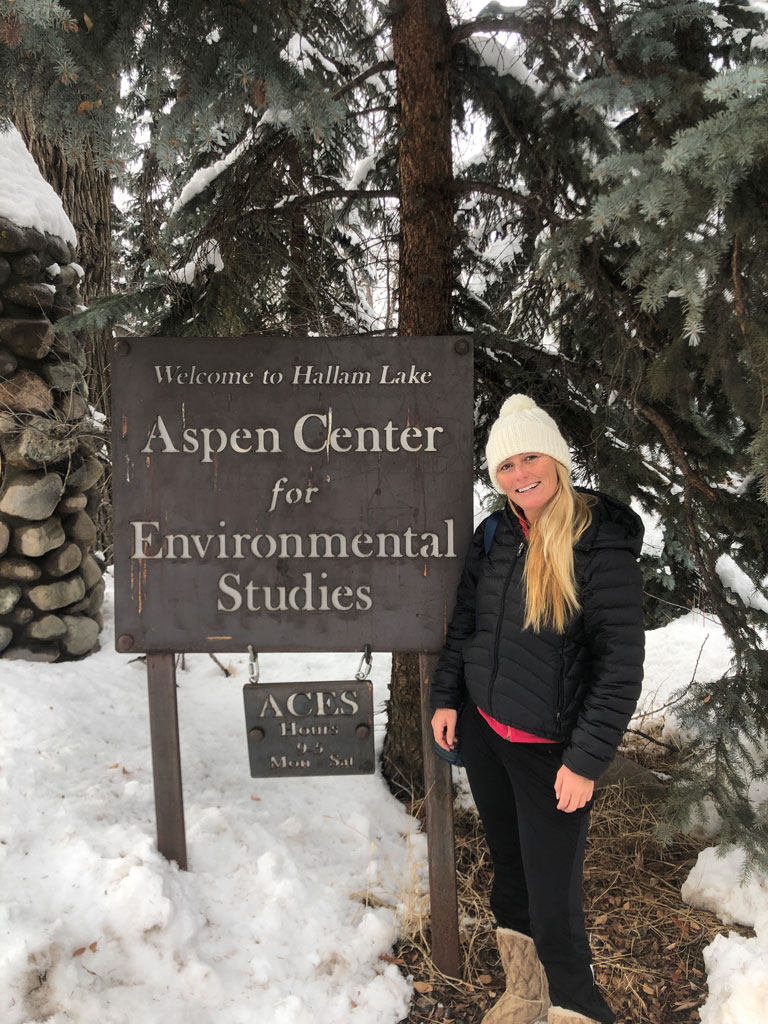 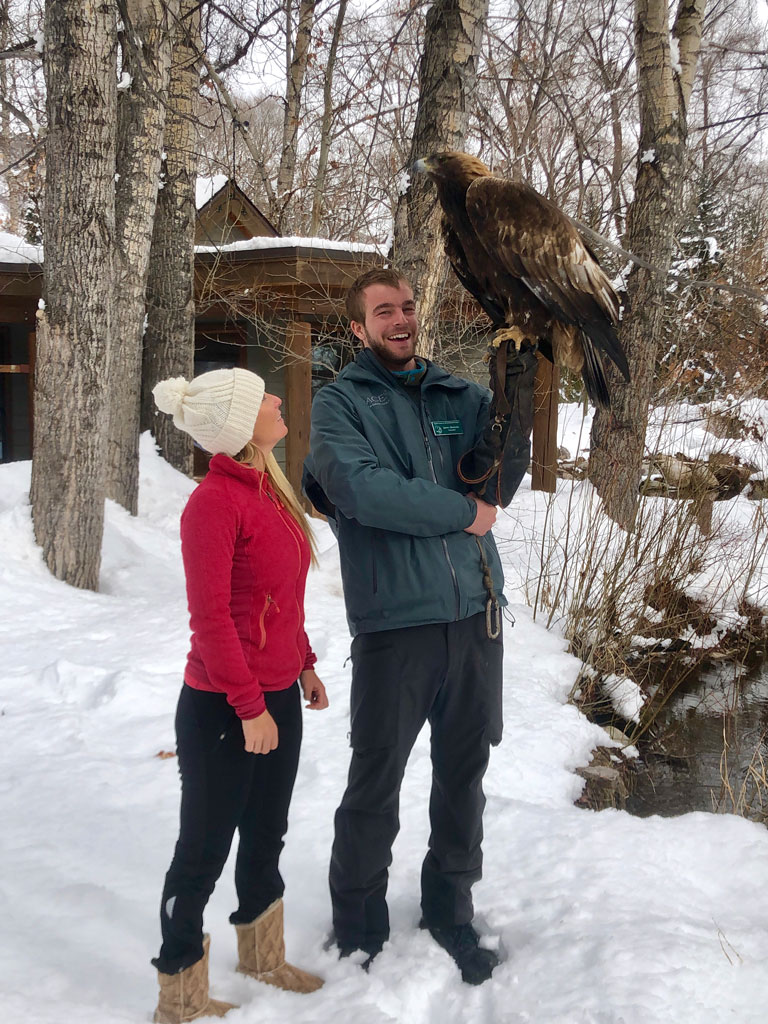 ACES is a great place to bring your kids and play for hours learning about animals and ecosystems – and check out the beautiful lake!

LEGEND SAYS….”Ute Indians were the original settlers of the valley where Aspen resides. The Utes considered the valley sacred because of the powerful mountains, the intersecting river forces as well as the natural beauty and spirit. Legend has it that the Utes put a curse on the white man when he took over the town during the silver mining boom of the late 1800s. If the miners wanted the Ute’s land so badly, then they were cursed to never be able to leave the land – and if they did they would always return. Sleeping in the shadow of Mount Sopris, one would fall prey to the curse of the Utes.”

The curse must be true because I never want to leave! 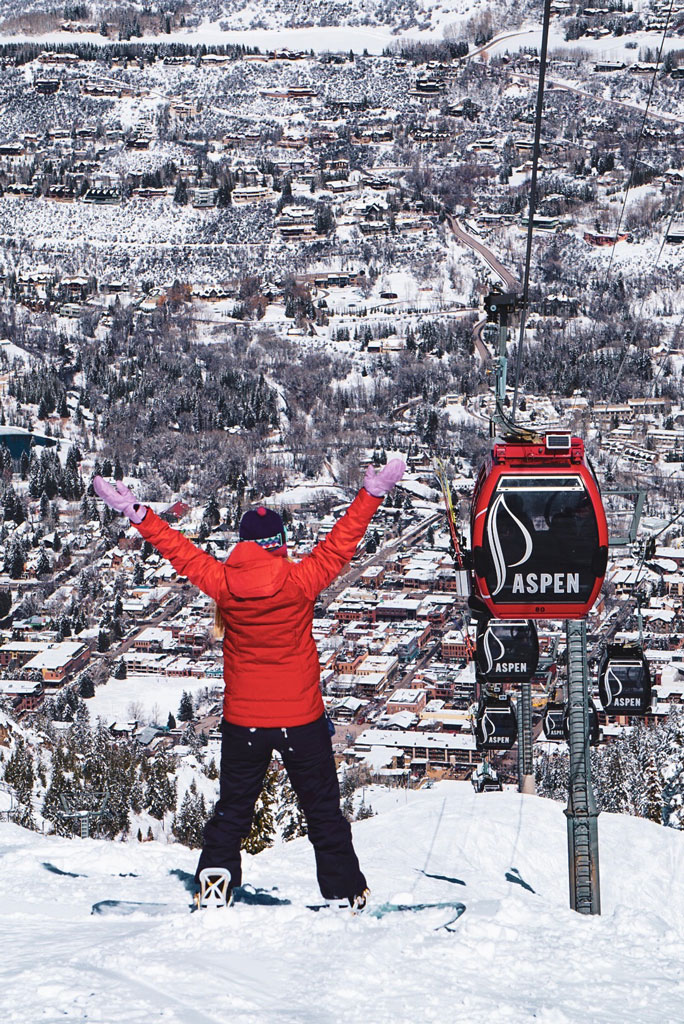