Join me and my wild parents for a week long adventure at our oceanfront grass shack in Hawaii.

My parents Deborah Koehn and David Blehert are pretty much the coolest with over 30 years guiding experience and the first Yoga Adventure global guide service. 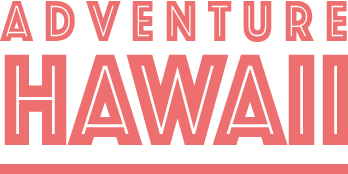 Located on the Big Island of Hawaii, you’ll have the chance to stay at our oceanfront home for a week and experience surfing, snorkeling, hula dancing, fresh local food, hiking to a volcano, waterfalls, a photo shoot with Sarah Lee and lots of laughter. Your hosts include Deborah Koehn, internationally acclaimed yoga guru, David Blehert, explorer and world-renowned adventure photographer, and me of course, Alison Teal. Space is limited! 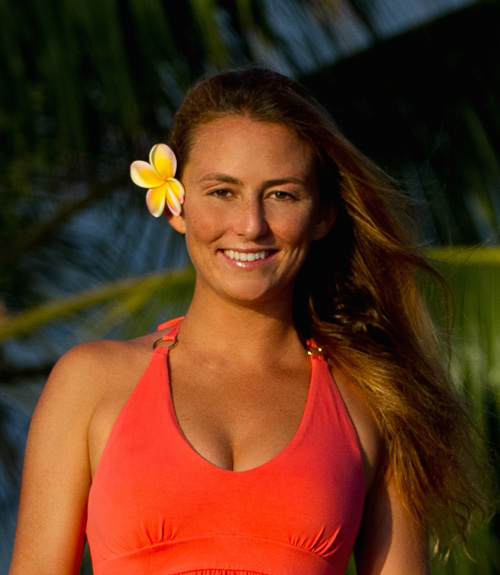 Alison Teal is an explorer, survivalist, surfer and film maker who recently completed the most challenging survival show on TV – Discovery Channel’s “Naked and Afraid” – which is the most watched show in the history of Discovery Channel. Alison scored the highest PSR (Primitive Survival Rating) of season one.

Alison was home schooled around the world by her adventure photographer parents – on the flanks Mt. Everest, or on a camel safari in the most primitive, exotic and dangerous places on earth. Alison’s life has been documented, since birth, in numerous publications and she is one of the top adventure, surf, and lifestyle models in the world with an outstanding social media following. 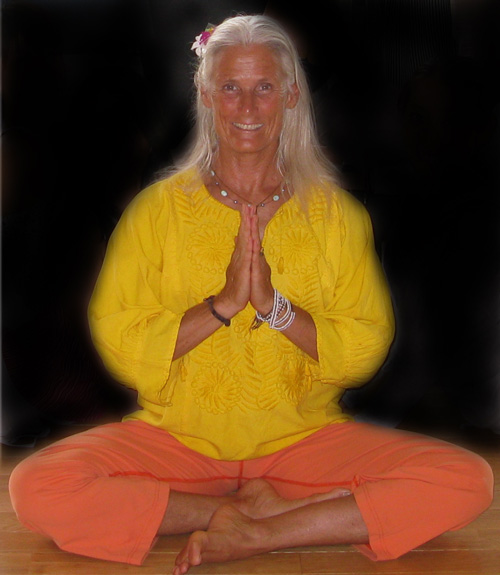 Deborah holds degrees in sociology, Eastern religions and dance therapy from University of California Long Beach, and is a faculty member at the University of Minnesota Medical School’s Spirituality in Healing Program, which introduces medical students to yoga as a viable healing modality.  Deborah has studied with the most prominent yogis, shamans, healers and naturalists the world over including her first teacher, Indra Devi, who is credited as the “mother of yoga” in the western world.  Deborah subsequently studied with world famous yoga masters B.K.S. Iyengar, Angela Farmer, Victor Van Kooten, Aadil Palkhivala, and Sri K. Pattabhi Jois. For more than 30 years, she has merged her love of yoga, adventure, and exploration to found and lead Yoga Adventure, one of the world’s leading yoga retreats.

Today, Deborah offers Yoga Alliance Registered Yoga Teacher Training Seminars annually at her family’s home, Hale Kai, which affords a full spectrum of natural beauty, and the opportunity to enjoy a healthy, full lifestyle. Deborah has been featured on ESPN Television, in photos, and articles in Yoga Journal, Women in Sports and Fitness, Outside Magazine, Fit Yoga, as well as in the Athleta, Prana, and Patagonia catalogs. More information about Deborah can be found at Yoga Adventure. 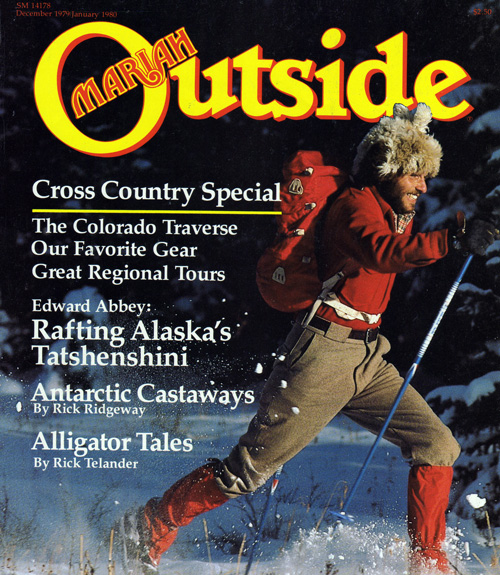 David received a BA in Child Psychology from the University of Minnesota and one of the first Master degrees awarded in Experiential Education. For over 30 years David has been a professional adventure photographer and travel guide, regularly leading Andean explorations and telemark ski, surf, kayak, mountain bike, canoe, and rafting expeditions across North, South, and Central America, Asia, Indonesia, and the South Pacific.  His images have been featured in numerous publications, including National Geographic, Outside, Wilderness Travel, and Yoga Journal and in advertisements for such name brand products as Patagonia, North Face, Eagle Creek, Lowepro, and Teva. A certified cross‐country ski and water safety instructor, and wilderness emergency medical technician, he has instructed for Outward Bound Schools in the United States and Canada for many years, created experiential/team building and correctional programs for corporate groups and juvenile offenders, and operated his own cross‐country ski school in Aspen, Colorado. His training in extreme survival and technical skills, first aid, and fluency in local languages and dialects, has enabled him to guide travel and adventure groups into and out of remote and inaccessible regions safely. A pioneer in green living, he designed and built his home, Hale Kai (ocean house) on the Big Island of Hawaii. This beautiful, solar powered “off the grid” family residence is accompanied by his recycled, vegetable oil fueled F350 truck, which he calls his “surf mobile.” More information about David can be found at Yoga Adventure.

My mommy Deborah Koehn is an internationally renowned Yoga Guru who has taught everyone from top movie stars to curious villagers at over 17,000 ft in the Peruvian Andes, to 7th generation Balinese priests.

Learn about solar power, composting, and living sustainably with eco pioneer and expert David Blehert. My papa David Blehert is a pioneer explorer and one of the first outdoor adventure photographer for companies like Patagonia, National Geographic, North Face, and Teva.

Subject to weather and our sense of adventure! 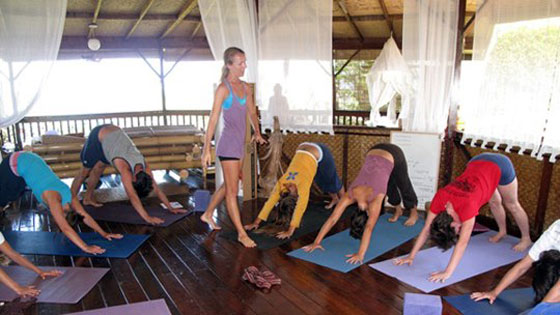 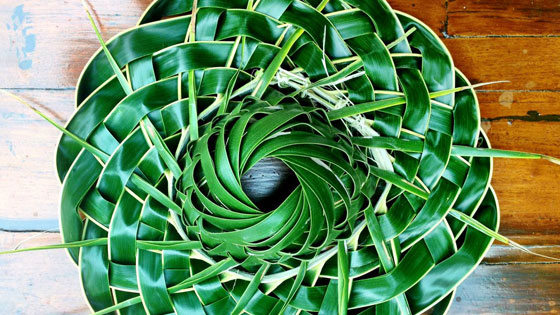 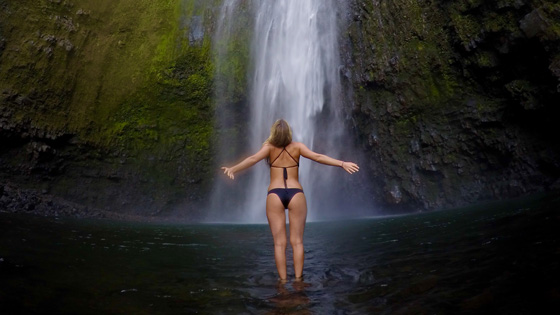 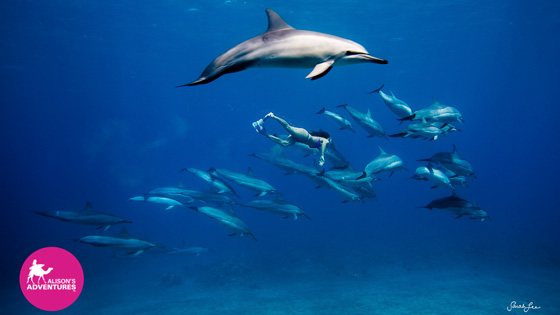 Session On Manifesting Your Dream Life. 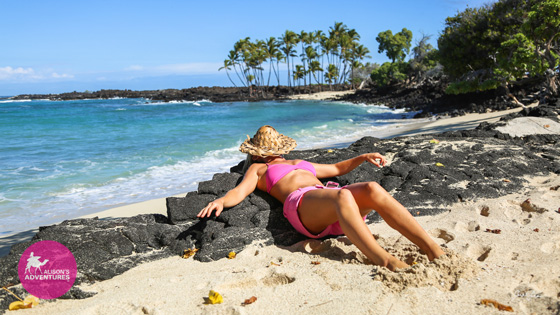 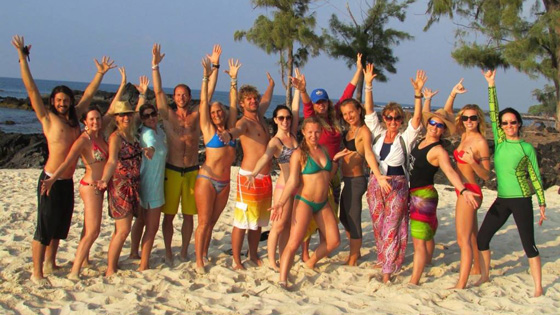 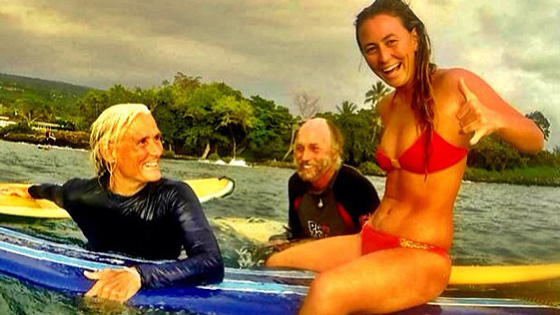 And to make it ever more special, you will get to dive into a professional underwater photoshoot and leave with the photo of a lifetime!

Upon acceptance, cost and itinerary will be sent to you!

Be the first to receive information on Alison's Adventures upcoming adventure trips, films, and blog series. Your email will not be sold or spammed. I look forward to emailing you soon from my coconut wifi!

You have Successfully Subscribed!